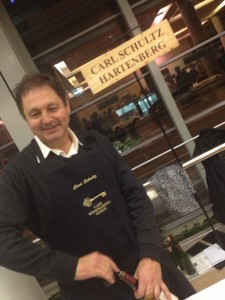 The 29th Auction of the Nedbank Cape Winemakers Guild, the who’s who of the wine industry, held at Spier yesterday, was a huge success, with a number of Auction records broken.  Generally buyers said the prices paid were very high.  Total sales were R 8,4 million, up 47% compared to 2012.

A number of new records were set this year:

*   R6200 was the record price paid for a case of six Hartenberg Auction Reserve Shiraz 2010, made by winemaker Carl Schultz. 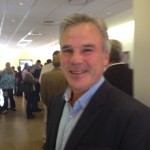 The average price paid per bottle increased by 14,5%.  I spoke to the beaming Cape Winemakers’ Guild Chairman Jeff Grier of Villiera at midday, when the 2012 total had already been surpassed and was at R6 million at that stage.   He said: ‘The Guild has become a reputable brand in the South African wine industry and our contribution to the industry as a whole through our social responsibility programmes and the development of future winemakers and industry leaders, is tangible and contributes to our high standing and credibility’.

*   Alan Pick of The Butcher Shop and Grill in Sandton was the largest spender for the twelfth year running, at R1 357 600.

*   More than 82% of the wine was bought by local buyers, the balance being foreign buyers from the UK, Denmark and Belgium 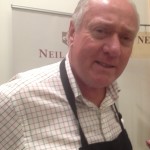 *   A record R199 100 was raised for the Cape Winemaker’s Guild Protégé Programme, a mentorship initiative for young, upcoming winemakers.

*   A record number of attendees, if the shortage of food was a measure, despite 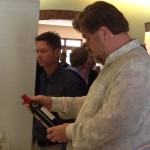 platter holders, plates, and serviettes being displayed on a central table, to the dismay of peckish Pendock, requesting Mr Delivery to still his hunger.  Spier responded on Twitter about his complaint: ‘#CWGAuction greater turn out than expected. Auction attendance of 350, 100 more than expected.  Chefs resolving food shortage‘!   We did not see any food at all, even after the Tweet!  Papping Pendock set a new blogging record, with four blogposts written yesterday!