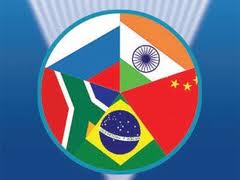 The BRICS Summit, to be held for the first time in our country, in Durban on 26 and 27 March, will bring greater awareness of its tourism potential to our country amongst the media representing the emerging markets of Brazil, Russia, India, and China, reports Inter Press Services.

In the first nine months of 2012 tourism growth from Brazil increased by 52%, by 63% from China, by 35% from Russia, and by 17% from India.  One must be cautious of these tourism numbers, given that they are off a low base, and may be a measurement of tourists in transit to other countries, which SA Tourism misleadingly counts as tourists.

SA Tourism has recognised that the drop in tourism from its conventional markets can be offset by tourism from its BRICS associate countries, and the Summit will ‘provide an opportunity to showcase our country as a tourist destination, while also bringing immediate benefits to the tourism industry’, said SA Tourism CEO Thulani Nzime.  Our country will enjoy ‘significant  editorial coverage in the BRICS nations, raising awareness about South Africa’s capability, beauty, accessibility, and warm, welcoming, friendly culture towards tourists’, he added.  SA Tourism is already addressing marketing campaigns in the BRICS countries, but Russia is taking a back seat due to its distance from our country and a lack of direct air links.

One trusts that Wesgro and Cape Town Tourism will be present at the BRICS Summit, and that they will invite BRICS nation media representatives to visit Cape Town during their visit to this country.