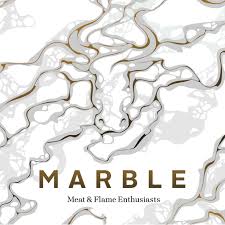 The eagerly awaited opening of the Johannesburg-based Marble Restaurant, a joint venture between Chef David Higgs and investor and property developer Gary Kyriacou, has been delayed to 4 July. Bookings will be taken for meals from 15 July onwards.

Chef David said in a media statement issued yesterday: ‘It’s been an amazing journey so far, and we have been overwhelmed by the support from everyone. Our new opening date is 4 July, and we are taking bookings from 15 July‘.

Marble is located in Rosebank, on the corner of Jellicoe and Keyes Avenues, within the Rosebank Art Mile.  Marble will be unusual in its use of live fire cooking, and a special ‘beast of a piece of equipment, the Rolls Royce‘ has been imported from the USA.  Chefs David and Werner as well as Kyriacou traveled to New York last October, and checked out the cocktail and open fire cooking scene 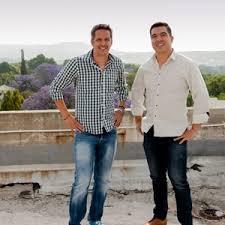 in that city, being inspired by Union Square Café in particular. The Marble restaurant pay-off line is  ‘Meat & Flame Enthusiasts’.

Chef David explained the fiery restaurant concept as follows:  ‘Marble will embody South African’s love of cooking with fire, a quality that makes our food culture different from the rest of the world. I’ve long been fascinated by what makes South African fare unique, and I believe it’s down to us being meat and flame enthusiasts – the timeworn ritual of cooking on wood fires, and gathering with friends. That’s what Marble will celebrate – and not just meat, but all types of ingredients cooked on coals – including fish, poultry, vegetables and breads‘.

The restaurant describes itself as follows on its Facebook page: ‘A space purely dedicated to precision and passion. Where the tradition of meeting and eating around an open flame is elevated to an art form.  Joburg is hungry for something different, and we look forward to providing this in May 2016′, punned Chef David

Marble will also offer a roof-top terrace, with a view over Johannesburg towards Magaliesburg. In addition, it will have a butchery downstairs, selling the cuts of meat from the Marble menu. The restaurant is currently hiring chefs, waiters, and receptionists at info@marble.restaurant

What we know about Marble restaurant to date is the following:

#   The menu will include ‘easy eating‘ and ‘comfort food‘, as well as ‘well-executed cocktails‘.

#   It will be far ‘more affordable‘ than Chef David’s previous five hundred restaurant, which was the most expensive restaurant in the country, ‘appealing to a wider audience‘.

#   It will be welcoming to women in particular, and will offer an escape from the busy Johannesbirg lifestyle. It will be more Johannesburgian than South African.

Having been at the head of our country’s Eat Out number one restaurant Rust en Vrede in 2010, and having taken five hundred at The Saxon to the Eat Out Top 10 in 2014 and 2015, Chef David announced last year that now he ‘wants to have a laugh and enjoy myself’. Chef David left The Saxon in December.