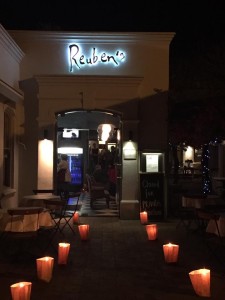 Last night I attended the ‘Last Supper’ at Reuben’s Franschhoek, the last day that the restaurant operated from its first location, moving out from today, popping-up at Racine at Chamonix for the next few months, and re-opening in a renovated building in November. 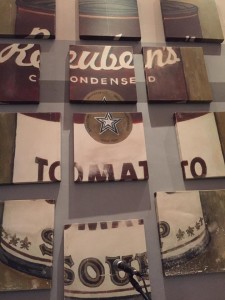 wife Maryke, his two children, Manager and sister Carmen, Manager George (previously the Food & Beverage Manager of Allee Bleue) and friendly waitress Jessica, who has worked at the restaurant since day one in June 2004. Candles lit up the entrance to the building.  I had invited Llewellyn Lambert of the Franschhoek Boutique Hotel to join me for the dinner, and we were presented with a welcome drink, and shown to the courtyard, where a 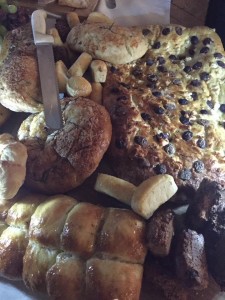 table with breads, platters of cheeses and charcuterie, as well as preserves was set up. The bulk of the guests was seated in the main section of the restaurant, while a handful of us sat in the second section of the restaurant. A musical duo was playing live music, and Chef Reuben apologized for the table location, feeling that it would be less loud in our wing.  Jessica 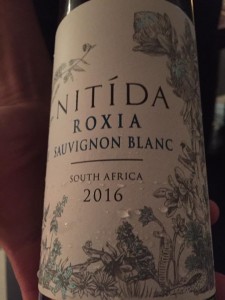 and George looked after our table, bringing water and the Nitida Roxia Sauvignon Blanc 2016, which was served as part of the ‘Last Supper’.

Reuben’s Franschhoek will open as a pop-up at Racine, Chef Reuben’s second Franschhoek restaurant, based at Chamonix wine estate, in June and July. The architects are finalizing the plans for the new Reuben’s building off the main road, which is standing empty and awaiting renovation, likely to begin in two weeks. 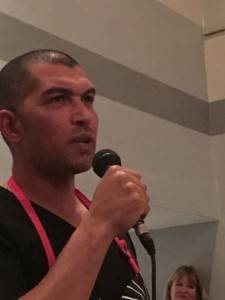 Chef Reuben welcomed his guests, starting with his notes, but then putting them aside and speaking from the heart. He said that it felt like ‘yesterday’ that they opened in the building. Chef Reuben and Maryke had gone to the UK to help set up a restaurant for a friend, and they received the blessing from her parents for her to join him, without having met Chef Reuben. After two years in the UK they were offered an opportunity to return to Franschhoek by Boekenhoutskloof directors Marc Kent and Tim Rands.  He said that it was not his idea to have the restaurant named after him, but in hindsight it was a good decision. They missed home, and decided to return to take up the opportunity. ‘I wasn’t a great chef’, he admitted, and said that he took chances. But he knew that he had a good palate. The Boekenhoutskloof directors believed in Chef Reuben.

Chef Reuben sought advice from other chefs before opening his restaurant, wanting to move away from the French focus of the other restaurants in Franschhoek. He was ‘super scared’ to open a restaurant in a village with many award-winning restaurants. When they won Eat Out best restaurant in the country in less than six months after opening, they were really worried about the expectations which were created, but it never crossed their mind to return the award to Eat Out! They operate 7 days a week, and it is not an easy business to be in, Chef Reuben said emotionally. He acknowledged the input by Maryke, Carmen, George, and the long-standing staff members. TV programs, and coverage in the media, was not part of the plan initially, Chef Reuben said. He admitted that he had said ‘yes’ too often in the past.

Chef Reuben said that the time had come that they needed their own buildng, and that the time had come to move. They found a building, being lucky to find it, saying that ‘it is not yet perfect, but it will be’. He said that the dinner was about support and friendship, and he invited the guests to have fun and enjoy the evening. He promised that he would be in the new Reuben’s Franschhoek kitchen more often in future. Chef Reuben also announced that he is a partner in the Franschhoek craft brewery, which has just received its production license, planning to open in September. Chef Reuben said that he will have a food presence there. The Franschhoek Beer Co General Manager Erika McCormack told us that it would consist of a Deli, and a simple menu which would include burgers.

After his speech, a guest spontaneously spoke in honour of Chef Reuben, 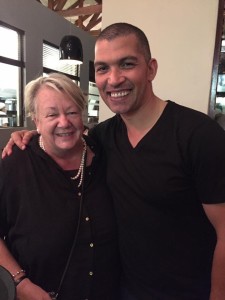 recognizing what he has done for Franschhoek. He proposed a toast to Reuben’s, and everyone stood up to wish Reuben and his new restaurant well. It was so nice when Chef Reuben told me that he was glad that I had attended the dinner. When we ran our guest house in Franschhoek three blocks away, opening two months after Reuben’s opened in 2014, we sent all our guests to eat at Reuben’s Franschhoek.

The menu was extensive, even though most dishes were sent to the table in small plates, and 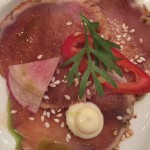 many dishes were shared. We were served the following: 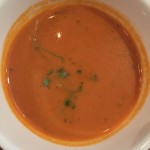 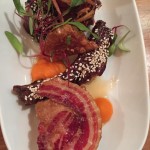 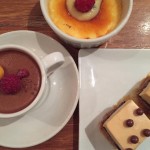