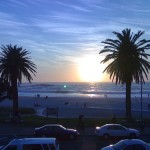 The Sweet Service Award goes to Gavin Lockitch and his team at Summerville in Camps Bay, for hosting the members of  Camps Bay Accommodation, the guest house association of the suburb, for a meeting and lunch at the restaurant.   Summerville has been taken over after its liquidation, and Lockitch has the most incredible positive energy and passion, to make this a successful restaurant again.   He is planning to expand its size to cater for 400 patrons, and to rename the restaurant.   He welcomes feedback and suggestions. 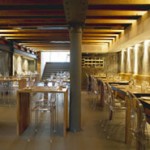 The Sour Service Award goes to Carne, the new sister restaurant to 95 on Keerom Street, directly opposite the previous Top Ten restaurant in Keerom Street.   A patron asked for some soup on a cold wintry night, and the waiter offered to check with his manager if he could bring a plate of minestrone across from 95 on Keerom Street, as Carne does not serve soup.   His request was refused.  Another customer, who had a mini chopped-up Caprese salad at an expensive R65 and a main course of lamb shoulder (three little pieces at R109) served with almost-cold mash, requested tiramisu for dessert, which was not on the Carne menu, but on that of 95 on Keerom.   The manager Jamie flatly refused for the dessert to be brought in from 95 on Keerom, and confirmed that he was operating on the instructions of the owner Giorgio Nava.   The customer then offered to have the dessert and her coffee across the road at 95 on Keerom, and asked the manager to reserve a table for her.   This request was also refused, as one is not allowed to just have a dessert and coffee at 95 on Keerom.   The customer then requested that Mr Nava come to the table, but he did not budge on his decision, confirming that the customer would not be served just a coffee and tiramasu at 95 on Keerom, even at 21h30, as it would set a precedent for all future customers.   The customer told him that he was being inflexible, and he responded with true Italian “charm” as follows:”I hope to not see you in my restaurant again.  Arrividerci”!   Nonna Lina, just a block away on Orange Street, was most happy to indulge the customer in just having a coffee and tiramisu.

#lionshead so green after all the #rain #campsbay

A new star on the #SeaPoint horizon. @zestrestaura