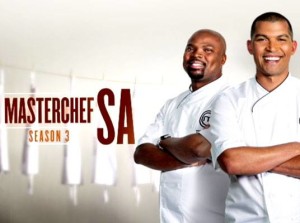 Multichoice has been very low key to date about its MasterChef SA Season 3, other than announcing earlier this week via Facebook that the new season commences on 21 August.

The Facebook post strangely showed a photograph of only judge Chef Benny Masekwameng and new judge Reuben Robertsons Pop-Up and Pop-In Riffel, excluding judge Chef Pete Goffe-Wood.  Interesting is that so few MasterChef SA Facebook fans liked the post, and that many are so negative about the outcome of the previous Season 2, and express the hope that the winner of Season 3 will not be rigged and pre-selected as they feel it was in Season 2. 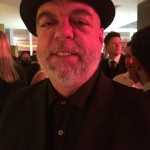 At the recent World Class Diageo Reserve mixologist national finals, I chatted to Chef Pete, and he told me that the filming for MasterChef SA Season 3 has been completed.  The series will be shown on Thursday evenings, going back to one program per week, based on feedback from extensive market research conducted.  He said that the quality of contestants has improved dramatically, being somewhat older and more mature cooks.

Food lovers will have busy weekday evenings ahead, with ‘Hayden Quinn: South Africa’ flighted on SABC3 on Mondays at 21h30;  ‘Chopped South Africa’ on DStv channel 175 on Wednesdays at 21h00; and ‘MasterChef SA‘ Season 3 on M-Net on Thursdays at 19h30.