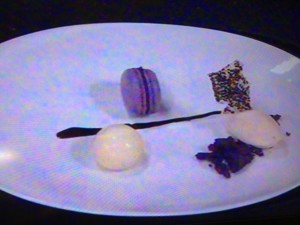 Given the turmoil in the judging of our country’s Top 10 restaurants in the past two years, Eat Out publisher New Media Publishing communicated with the industry, and invited past Top 20 chefs and some restaurant owners to chat about what they want in restaurant awards.  The overwhelming majority of respondents requested a panel of South African judges (British blogger ‘judge’ Bruce Palling used last year was the lowest point Eat Out reached in its history of restaurant evaluations, closely followed by Eat Out editor Abigail Donnelly judging the awards on her own in 2011!).  It appears that the request was that the panel of judges be anonymous, according to the publisher!  The judges names will only be officially revealed at the Gala Awards dinner.

Given how small the restaurant industry is, the great interest in the restaurant awards, the power of Twitter in chefs identifying and greeting their guests, as well as feedback from restaurants themselves as to potential judges eating at their restaurants, some never seen there before, we have worked out that the following may be on the judging panel, all with problems in terms of conflicts of interest:

*   Andy Fenner of Frankie Fenner Meat Merchants, who moved from blogging and magazine food writing for New Media Publishing’s Taste magazine and Crush! when he admitted that he could not make enough money from food writing!  He supplies a number of Top 20 league restaurants, and does collaborative events with restaurants, such as Burrata.  He would be recognised by chefs, but they are not always in the restaurant, and he appears to have booked under his surname in some restaurants, and another surname in others.

*   Garth Stroebel is a former South African Chefs Academy co-owner, and appears to consult to restaurants, especially new ones, including Stables and Camphors at Vergelegen.  Most front of house restaurant staff would not know or recognise him, even though he appears to book under his own name!

*   Liam Tomlin is an interesting choice, nor being well-known to front-of-house restaurant staff as the owner of Chef’s Warehouse and Cookery School in Cape Town, with a short-lived stint at Leopard’s Leap in Franschhoek as Liam Tomlin Food, in conjunction with La Motte’s Hein and Hannelie Koegelenberg.  He is known to the Franschhoek restaurants however.

*   Mrs Donnelly obviously is the fourth member of the judging panel.

*   The Test Kitchen – anything Chef Luke Dale-Roberts is involved in is of interest to Eat Out editor Abigail Donnelly, who has a super soft spot for the chef.  It also helps that Chef Luke was named ‘The One to Watch‘ at the San Pellegrino  World’s 50 Best Restaurant Awards earlier this year.  Top Restaurant in 2012, and featured in MasterChef SA!  Chef Luke is contracted by Woolworths, and appears in their Taste magazine every month, a magazine which is produced by New Media Publishing and of which Mrs Donnelly is the Food Editor!

*   The Greenhouse – Chef Peter Tempelhoff does a good job at the Cellars Hohenhort hotel restaurant, but his hand does not stretch to the Hermanus and Plettenberg Bay restaurants in the McGrath hotel group. Relais & Chateaux Grand Chef, one of only two in the country, with Chef Margot Janse.   Interesting is his news today that he is opening Mondiall in the former Green Dolphin in the V&A Waterfront next month, with Chef Oliver Cattermole in the kitchen, but is staying on at the McGrath group.

*   Pierneef à La Motte – Chef Chris Erasmus has worked hard in growing his skills, including spending a month doing a stage at Noma last year. He also has access to an amazing vegetable garden at La Motte. Appeared on MasterChef SA.

*   Grande Provence – Chef Darren Badenhorst produces excellent creative dishes but is let down on service by the serving staff at times.

*   Babel at Babylonstoren  is a firm favourite, even though the menu creation appears to be done by consultant Marinda Engelbrecht, with Chef Simone Rossouw having a very low profile.  (PS: Simone’s e-mail signature refers to her as ‘F & B Manager‘, which means that Babel probably would be out of the running for Top 10 Restaurant).

*   Makaron – this restaurant is a past (we hope) client of Mrs Donnelly when they first re-opened the new restaurant at Majeka House in 2011. Chef Tanja Kruger spent a month in Sweden, Copenhagen, and France in our winter, doing stages in the kitchens of Frantzen, Geranium, and Gagnaire at Balzac.

*   La Colombe – this is a question mark for Top 10, as the future of Constantia Uitsig appears uncertain after its recent sale to Christo Wiese and Piet Erasmus.

*   Burrata – Chef Annemarie Steenkamp is growing in confidence and creativity, and with co-owner Neil Grant as charming front of house and top sommelier skills, they are making this Old Biscuit Mill restaurant a favourite of many Capetonians, offering excellent service, good pizzas, and fine Italian fare.

*   Overture – Chef Bertus Basson has a lot of energy, being a judge on The Ultimate Braai Master, running food trucks, and being hands-on in his restaurant at Hidden Valley.

*   Mosaic at The Orient – Chef Chantel Dartnall impressed with her plating in particular, when she was featured on MasterChef SA, and at the ‘Chefs Who Share’ dinner last month.

*   Hartford House – the effervescent Jackie Cameron is a firm favourite, and featured on MasterChef SA too.

*   David Higgs – he was the 2010 Eat Out Top Chef and Restaurant when at Rust en Vrede.  Very good feedback about his restaurant five hundred at the Saxon Boutique Hotel (dessert photograph from his MasterChef SA appearance in episode 14.)

*    Waterkloof – Chef Gregory Czarnecki does not receive the recognition he deserves

*   Camphors at Vergelegen – Chef PJ Vadas took The Roundhouse to Top 10, and has created an excellent restaurant at Vergelegen.

*   DW Eleven-13 – Chef Marthinus Ferreira is a The Ultimate Braai Master judge, and on the Top 10 list in the past years.

The following should not be included in the Top 20 Restaurant shortlist:

*   Nobu, due to the departure of Chef Frederic Faucheux

*   The Roundhouse, due to Chef Eric Bulpitt having left, opening his new The Restaurant at Newton Johnson.

*   The Pot Luck Club, due to it being closed for three months at the beginning of the year when it went to Verbier, and its new premises were being built.  Chef Luke Dale-Roberts is rarely in the kitchen, as he is hands-on at The Test Kitchen. Last year Mrs Donnelly tried to sneak this restaurant onto the Top 20 shortlist, despite it not having been open for a full 12 months, and when discovered, it had to be withdrawn from the Top 20 list!  This will be a tough decision for Mrs Donnelly!

*   The three Reuben’s restaurants in Franschhoek, Robertson, and at the One&Only, not having made the Top 20 list last year, and having such a poor reputation due to the association with Robertsons.  Chef Reuben Riffel is rarely at any of his five restaurants.

*   Questionable is the inclusion of Bistrot Bizerca, which moved premises to Shortmarket Street, but which has average service and average bistro food. The owners Cyrillia and Chef Laurent Deslandes rarely seem to be at the restaurant in the evening.  Under the radar, after a much talked about premise move.   They tend to make the Top 20 list most years, but are in the Top 10 list in alternate years!

*   Bosman’s at Grande Roche also seems to have a one year in, one year out presence on the Eat Out list.  Other than being the venue for wine industry judging and lunches, this restaurant is not spoken about anymore.

*   Aubergine also is a one year in, one year out restaurant on the Eat Out Top 10 list, and Chef Harald Bresselschmidt’s food at ‘Chefs who Share’ was very average and old-fashioned.

In the specialist restaurant categories it is far more difficult to predict the winners, as the Finalists have not been announced for each category.  Mrs Donnelly has sole choice for the specialist category restaurant award winners, and astounded the industry last year with her choice of Saigon as the best Asian restaurant in the country, making the prediction of the category awards even more difficult as a result!  One of Mrs Donnelly’s favourite chefs, Giorgio Nava, no longer in the running for the Top 20 shortlist, received ‘consolation prizes’ from her for Best Italian and Best Steakhouse for 95 Keerom and Carne, respectively, in the past two years, so that he cannot be accommodated for the awards this year, we believe:

Boschendal Style Award:  contenders have been announced as Burrata;  Stretta Café;  Makaron (a very contentious nomination, given that it won this category in 2011, the year in which Mrs Donnelly was offering undisclosed consulting services to Majeka House, and for which design elements of M Bar were incorporated in the Award motivation, even though they are separate spaces – they have not made the same mistake this year!); Hemelhuijs (odd, given that the restaurant is already three years old); Harvey’s Restaurant and Harry’s Cocktail Bar; Camphors at Vergelegen (a definite Top 20 short list restaurant); Five Hundred (a definite Top 10 Restaurant, and it has not happened that a Top 10 restaurant is a Special Category award-winner too!);  The Pot Luck Club (what an odd choice, the only decor elements being the view over Cape Town and some metal room dividers, once again reflecting Mrs Donnelly’s fascination with Chef Luke Dale-Roberts, this being another specialist category award she can award if she does not give him Top 10 Restaurant!);  and Pierneef à La Motte (three years old already, so a bit late to recognise it now!).  Would Boschendal allow a restaurant on a wine estate to win this category if it is a competitor?

The Jacobsdal Best Steakhouse Award:  No Finalists announced yet, and will probably go to a Johannesburg steak restaurant

Best Italian Restaurant: No Finalists announced yet.   If Burrata does not make the Top 20 shortlist, it may be a contender for this category.

The Best Bistro:  No Finalists announced yet.  If  Bistrot Bizerca does not make the Top 20 shortlist, it may be a contender in this category, even though it does not meet the definition of a bistro!  Other contenders could be Bistro Sixteen82 and Frères Bistro.

Eat Out editor Mrs Donnelly and her team of  judges have some tough choices to make this year, as the Top 10 list tends to be conservative in staying similar year on year.  David Higgs’ Five Hundred restaurant is a certain for Top 10, and Tokara Chef Richard Carstens should finally be there too, but that means that two existing Top 10 restaurant will have to be edged off the list!

POSTSCRIPT 8/10:   Interesting news arrived by e-mail from Manley Communications, PR consultancy for The Test Kitchen and The Pot Luck Club, regarding our list above, and the place of The Pot Luck Club in it, as well as the compromising relationship which Chef Luke Dale-Roberts has with Woolworths!  It is welcome the news on both fronts:

‘I read, yesterday, your blog post regarding the upcoming Eat Out Awards and just wanted to update you on the Pot Luck Club and Luke DR.  PLC is indeed not a contestant in this year’s awards due to the move to the new address.  Luke’s contract with Woolworths came to a mutually happy end earlier this year. The last editorial feature in Taste focusing on Luke was in the March ’13 edition’.

6 replies on “Eat Out Top 20 Restaurant Awards 2014 shortlist: a prediction!”

#agapanthus are back #campsbay #capetown