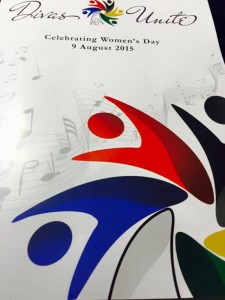 Women’s Day is a unique public holiday, celebrated only in South Africa. Yesterday our country’s women were celebrated with an almost all-women cast of musical performers at Divas Unite, held at the City Hall in Cape Town.

The event was organized expertly by Opulent Living’s Barbara Lenhard, overcoming severe obstacles in making the event happen so smoothly. When we arrived, Frey chocolates greeted us with bowls of their chocolate balls, while main sponsor Infiniti offered 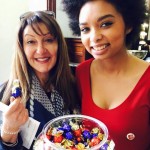 guests packets of jelly beans. My friend Jenny Stephens and I were extremely grateful to have been allocated such fabulous seats in the middle of the front row by PR executive Kirsten Hopwood, which allowed us to take photographs from close up.

The Cape Town Philharmonic Orchestra was made up of an all-women collection of women musicians, conducted by Brandon Phillips. 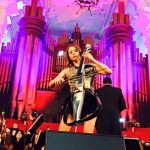 The concert started punctually, and without introduction. Sterling EQ, an electric trio of performers in more ways than one, got the show off to an exciting start. The instrumental pop group is made up of flautist Carina Bruwer, violinist Luca Hart, and cellist Ariella Caira, all three classically trained. 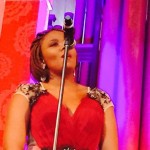 the part in their beautiful gowns. Then each of these divas sang an opera aria, Magadelene Minnaar from Faust, Noluvuyiso Mpofu from 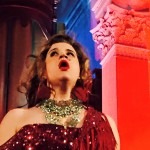 La Traviata, and Zanne Stapelberg from Gianni Schicchi. Magdalene Minnaar is an award-winning singer, theatrical music director, and producer, who has created Biblioteek Music Productions to find work for performers, composers, and designers. Noluvuyiso Mpofu is in her second year of postgraduate study at the South African College of Music, and has performed internationally. Zanne Stapelberg is a Lieder singer, a theatre and cabaret performer, a recitalist, and producer. 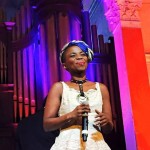 her blond braids having a blue section to it. 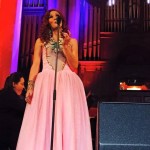 Her claim to fame is singing ‘Waka Waka‘ with Shakira at the opening of the 2010 soccer World Cup. She sang ‘I’d Like‘, a Freshlyground song, and ‘It don’t mean a thing if it ain’t got that swing‘ with Magdalene Minnaar.  A highlight was her rendition of ‘Pata Pata’ with Noluvuyiso Mpofu. She also performed with the Sans Souci Girls’ High School Choir. 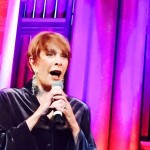 together. Judy Page impressed with ‘New York, New York‘, with her deep voice, and has won numerous awards, including a Naledi Lifetime Achievement Award. Kim Kallie has been singing 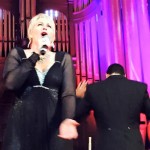 since the age of eight, and now is a songwriter, and runs a Performance Academy.

Dr Darren Green, not only a medical doctor and a presenter on Expresso, performed ‘Phantom of the Opera’ with Magdalene Minnaar. He is a professional vocalist, recording artist, and songwriter. He was a Finalist in the first season of Idols South Africa. 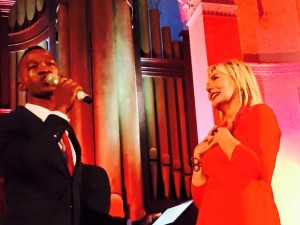 Witty, charming, and a surprisingly good singer too was Master of Ceremonies Katlego Maboe, popular presenter on the Expresso Breakfast TV show. He serenaded Barbara Lenhard when she came onto the stage to receive the audience’s appreciation for having put the event together. Katlego is a lead vocalist for a capella boy band Flip a Coin.

Butler’s Pizza was a sponsor, and boxes of pizzas were outside the doors of the City Hall for concert-goers to enjoy in the interval. The Pongrácz MCC Bar looked professional, and its design suited the old-world charm 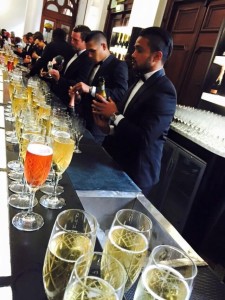 of the City Hall entrance hall. One wished it would become a permanent feature of the City Hall. Glasses were pre-poured, which meant that service was quick in getting a drink.

All in all, we enjoyed a wonderful afternoon, made even more special in that it celebrated Women’s Day, as well as co-inciding with our Whale Cottage Portfolio’s 19th anniversary yesterday. Part of the proceeds of the concert will go to Project Flamingo, a charity assisting women who are not on medical aid, in gaining early treatment for breast cancer. News about Divas Unite was so popular on Social Media that the event started trending on Twitter during the concert!