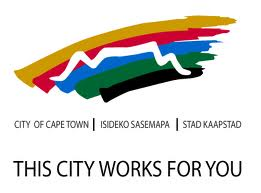 The Sweet Service Award goes to the City of Cape Town, for listening to the outcry about the proposed ban of liquor sales on Sundays in retail outlets in Cape Town, and is considering amending the Liquor Trading Days and Hours By-law, announced just three days before it is to be implemented from Monday 1 April. The City has promised that current licence holders will be allowed to continue opening on Sundays until the Sunday retail closure rule is amended by the Council.   The Council is inviting applications from retail liquor outlets in certain areas, but excluding ‘local business and residential areas‘, to trade on Sundays.  Initially the City did not receive any major opposition to its proposed Sunday liquor sales ban, but more recently it noted the public outcry. It is considering the amendment as ‘the City seeks to balance the needs of all residents and take heed of their needs and concerns’. 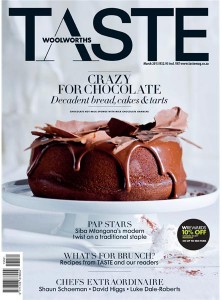 The Sour Service Award goes to New Media Publishing, publishers of Taste magazine, and is nominated by Butch Rice: “I would like to nominate Taste magazine for a Sour Service award or whatever. Here is why.  I have been an avid reader of Taste for a long time now. As an enthusiastic foodie, I have enjoyed the content of the magazine, and have used many of their recipes. Until I bought the latest edition. Oh dear, they have changed the entire look and feel of the magazine. It is now unreadable, unless you have very good eyes, and good lighting. Although the articles look very stylish, it is design gone mad. A new font is being used, which is impossible to read, especially if it is propped up in the kitchen, while following a recipe. The designers have been let off their leashes, with disastrous consequences. I wrote to the magazine, expressing my extreme disappointment at the change, and the fact that it was now unreadable. No reply to my letter. Really bad marketing and customer relationship management. Great pity. Woolworths has shot themselves in the foot with this one”.

We requested an explanation for the design change from New Media Publishing, and received this reply:  ‘It is regretful that our design update has not been received well by one of our loyal readers. We obviously value each and every member of our TASTE family. The design tweaks were done to bring new life and lightness into the layouts. As per our Client’s own brand objectives, we aim to position ourselves as innovators. In this, we stay on trend with what is being done in design on the international stage. We constantly seek ways to improve and in so doing, stay fresh, modern and relevant. The response to our new look has been overwhelmingly positive – from the industry, our Client, our advertisers and most of all from our readers. Incidentally, this issue was one of the highest selling in the past year. It’s very unfortunately that we have not been able to delight 100% of our community, but assure you that we will continue to strive to do so. Regards, Sumien Brink, Editor