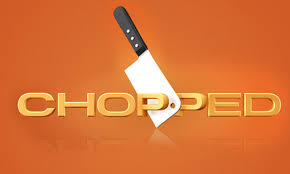 Having attended the launch of Food Networks’  ‘Chopped South Africa’ at Jenny Morris’ Chef’s Playground a week ago, we were shown most of the first episode of the programme, so the four contestants for the first episode last night were familiar to us.   Feedback on Social Media was varied, Chef Jenny Morris being praised for her supportive yet honest feedback to the chef contestants.

Packaging the preparation and evaluation of a three-course meal into a 45 minute programme was a tough challenge, which meant that everything had to be prepared chop-chop, the contestants being given 20 minutes to prepare their main course, and 30 minutes each for their main course and starter, being very tight and unrealistic timing deadlines.   The time pressure made it hard to follow which chef’s dish was being evaluated at times.  There also was little time for the contestant chefs to explain which additional ingredients they had chosen from the pantry, in addition to the mystery basket of ingredients.  The local ingredients such as mebos, putu pap, and koeksisters were not well explained to foreign viewers.

‘Chopped South Africa‘ follows the format of the American ‘Chopped’, and is broadcast on Food Network on channel 175 on Monday evenings at 21h00.    It is the first professional chef reality TV competition in South Africa, and the first international adaptation of the programme.  The local version was created due to the series’ very strong following in our country, with 25000 viewers per programme, I was told by Nikki Cooper, the Commissioning Editor of ‘Chopped South Africa‘, based in London and working with programming for Europe, the Middle East, and Africa.  She said that she was ‘blown away by the talent and graciousness’ of our local chefs.  ‘Chopped South Africa’ was launched in the UK on Saturday, which will expose our talented local chefs and our unique cuisine to food lovers in the UK, Europe, the Middle East and other African countries.

The three core judges are Jenny Morris, the Giggling Gourmet who has hosted programmes on Moroccan and on Mediterranean 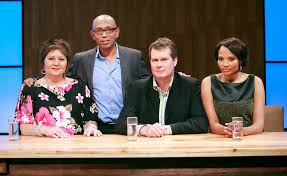 cooking for Food Network; David van Staden, the Executive Chef of the Tsogo Sun Group; and Siba Mtongana, who has her own ‘Siba’s Table’program on Food Network. The judges told us at the launch that they believed in their standards, and fought for their point of view in deciding which chef would be ‘chopped’.  The series consists of ten programmes with four contestants each, 40 chef contestants having been selected from many applications received from young professional chefs in South African kitchens.  Shot in Johannesburg, hosted by Denvor Phokaners (in the photograph with the judges), produced by Sue Nel from Snelco in association with Ukhamba, and directed by Eugene Naidoo, the contestants are given a mystery basket for each of three courses, one contestant per course being ‘chopped’, until only one contestant is left, to win R40000 per episode.

The mystery basket ingredients were selected by Judge Jenny and Sue, and contained some indigenous ingredients (such as mebos, putu pap, and nastergal), which many chefs did not know, and therefore did not use correctly.  Strict and tight time deadlines were set, only 20 minutes allowed to prepare a starter and 30 minutes for a main course.

Last night’s contestants were Malebo Mapila from the Radisson Gauteng, Elze Roome from Tasha’s, Ayanda Khumalo from the Hilton Sandton, and Leanne Galloway from the Centrecourt Restaurant at the Wanderer’s Club.  Their dishes were judged on presentation, taste, and creativity.  The starter mystery basket contained calamari, Huguenot cheese, chillibites mix, and mebos, to which the participant chefs could add further ingredients from the well-stocked pantry.   The main course mystery basket ingredients were dried Japanese mushrooms, prepared putu pap, pork fillet, and Amarula!  The dessert mystery basket was a weird one, with koeksisters, red chili, pepe buche goats cheese, and pumpkin seeds.

Not much of the food preparation was explained, nor the motivation for the ingredients chosen.  We did see the kitchen ‘blapses’ which one would not normally see in a restaurant, including a restaurant soil of biscuits and the pumpkin seed  being over-blended, and a blended sauce coming out of the blender!  After each course the three judges gave feedback, and also spoke during the preparation, but we did not always know which chef or dish they were referring to.  Disappointing was that we were not shown how the final decision was made by the judges as to who would be chopped per course, even though the viewers and the chef contestants were given feedback about each dish.  Judge Jenny gave clear feedback, both positive and negative, and is well-spoken.  Judge David spoke very softly, looked grumpy and nervous most of the time, and very little seemed to please him. Funny was his succinct feedback to Ayanda about his main course: ‘Burnt pap, dead cow’!   Judge Siba looked beautiful and came across as very supportive, almost too much,  confusing the audience at times as to whether the dishes were acceptable or not. 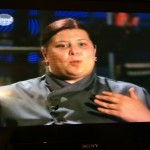 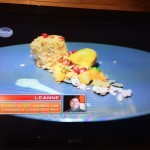 bucketlist come true.  Judge Jenny cried too when Leanne was named the winner and she shared how she would use the money, reflecting her empathetic judging style – tough when she needed to be to guide and build the chef contestants, yet soft and gentle in packaging her feedback.

We are ready to serve you our delectable Anatoli M