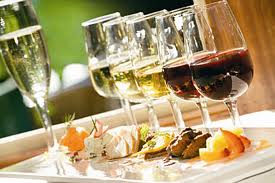 Tweeters are starting to express their frustration at being misled by two Cape Town based reviewers, Lionel Lelyveld, Tweeting about restaurants as @IntertwEAT, and Michael Olivier, Tweeting as @FoodWineGuru about wines.

What the two Tweeters have in common is that neither reveal to the readers of their blogs/websites nor in their Tweets (nor to the Fine Music Radio FMR listeners) that they have received their meals for free in the case of Lelyveld, and that the wine reviews are part of an advertising package offered by Olivier, showing that both the reviewers have no ethics in misleading their Twitter Followers and blog readers, and radio listeners.

Michael Olivier has been around for a while, and appears to have needed a new source of income since he jumped or was pushed from Crush!, the digital food and wine magazine, which he helped launch, but made a mess of, not having any publishing nor digital design experience.  Every wine and food product featured in the magazine was paid for by its producers.  Olivier then already was described as someone who would not offer any coverage without payment.  Given the many complaints about the poor navigability of the site, and the inability to read the featured brand names, fewer and fewer food and wine marketers chose 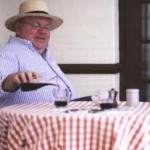 to advertise in Crush! We are surprised at the amazing improvement in the look of Crush!, its improved navigability, its lack of hard-sell advertising, and its reduced clutter since Olivier has left the publication.

Olivier’s introduction to his website, ‘Michael Olivier Cape Town’s Wine & Food guru recommends the best wines he’s tasted, his best wineries, restaurants, olive oils and books to read’ , is misleading as most of his content is paid for by his advertisers!  On his website Olivier has a section headed ‘Winery Partners‘, but he does not explain that he has signed up the more than 30 wine brands for a package costing R950 per month, as per his e-mail to prospective advertisers in October 2012 (his rates may have increased since then):

“We invite you to join Michael as a partner in his ventures.

The benefits of this partnership are:
1 Michael will dedicate a page to your farm and winery on his website.
2 He will broadcast one wine of your choice per month on the Afternoon Drive Show on Fine Music Radio 101.3FM from 16h00 to 18h00.
3 Michael is very active on social networking platforms and is able to broaden the reach of each wine he talks about by tweeting the wine to his 4,400+ Twitter followers;
4 We will feature each wine on his Facebook page as his #wineoftheday, where he includes your web address.
5 We will also feature each wine on his website under the heading “wine of the day”, have a look.
6 We will create a page for your restaurants in the restaurant section on his website for a once off fee of R150.

This package costs R950.00 per month. Should you be interested in the 1 minute slot only on FMR, the cost is R695 per wine. You can book as many slots per month as you need. At present, with the additional broadcasting tower in Hout Bay covering the Southern Peninsula on 94.7FM, the afternoon drive show is reaching about 120,000 listeners in the City, Northern and Southern suburbs and in the country. They are LSM 8 – 10, culturally oriented, and certainly wine drinkers!“

What is shocking is that Olivier misleads his advertisers, in quoting his Twitter follower details (in October he quoted the number as ‘4400+’, when he only had 4000 at that time).  Now, seven months later, Olivier’s Twitter Follower number has grown to 32544 (as at 22/5), leading to the speculation that he has bought Followers to ‘impress’ his advertisers – a 28000 growth in Followers in such a short period of time is not believable!  The FMR listenership is also overstated, having been claimed as 120000 listeners (in an undefined period – on the Expresso Show website he claims that his FMR programme is heard by 90000 listeners daily!), when the FMR website states that its listenership is only 55000 per week!  His ‘Wine of the Day’ listings are only two paragraphs long, and carry a ‘Recommended’ stamp by him, but are of course the wines of his clients!

Olivier is known to be less than nice if one crosses his path, as we have experienced personally, so many wine producers pay him ‘blood money’, to prevent any negative retaliation from him should they refuse to sign up with him. Also, his clients know that he will only say positive things about their brands, which is unethical in itself, in that the wine brands are assisting Olivier in deceiving the readers of his Tweets and blog posts, and listeners to FMR! Clients who have fallen for his sales pitch include Boschendal, Chamonix, De Grendel, De Wetshof, Douglas Green, Glen Carlou, Glenelly, Groot Constantia, Haute Cabriére, House of Krone, Jordan Winery, Kaapzicht, Klein Constantia, La Bri, Landskroon, Môreson, Morgenhof, Mulderbosch, Perdeberg, Rustenberg, Simonsig, Solms-Delta, Spier, Vergelegen, Warwick, Waterkloof, Zevenwacht, and Zonnebloem, listed on his website as ‘Winery Partners‘!   It is the absence of wine brands from the Winery Partners list that tells the real story, in that it is those brands with ethics that have not signed up with Olivier, and thereby reflect that they value their customers, and do not mislead them!

Lionel Lelyveld leapt onto the restaurant scene from nowhere, not having been heard of before, although he appears to have lived in Cape Town for a while already. His profiles on Google claim that he has an MA (hons) from Cambridge, his blog on Tygerburger refers to him as a ‘motoring journalist’, with only two blogposts,  and his Linked in profile lists him as a ‘Journalist at blah’! His amateurish-looking website is called Tweetcritique: ‘TweetCritique is the world’s first company that enables service and product providers an instant view of how they are perceived by their consumers and customers. Through the growing trend of Twitter, TweetCritique has evolved a real-time international platform based on subjects that are pertinent and interactive’.  It consists of three pillars – IntertwEAT for restaurant reviews, Tourtweetsa for accommodation reviews, 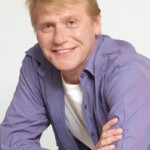 and Autotweetsa for motor vehicle reviews.  He writes about IntertwEAT: ‘Visiting Twitter reviewers visit restaurants from across South Africa and tweet about their experiences. @IntertwEAT followers will naturally be able to tweet about their own experiences. Followers will be able to directly interact with the owners and the owners will be able to respond and directly interact with their customers and potential customers’. This is misleading, as it is only Lelyveld who reviews the restaurants, and only in Cape Town and its environs to date, with no interaction from the restaurant owners ever having been seen, as claimed!

His pushy approach to restaurants on Twitter, requesting opportunities to review restaurants, not taking ‘no’ for an answer, embarrassing his targets if they did not reply immediately and allow him to eat at their restaurants, attracted attention and abhorrence, more and more Tweeters and restaurateurs commenting about Lelyveld’s lack of ethics, in not revealing that he has not paid for the meals he ‘reviews’.  He has ‘reviewed’ Shimmy Beach Club, San Julian, Mano a Mano, JennaVIVA, Pirates Steakhouse & Pub, and Passage to India this month so far, as well as five Ernst Gouws & Co wines. Like Olivier, there is not one critical word written about the restaurants and wines, which is not credible!  Speaking to some restaurants who have resisted Lelyveld, it appears that he has created anonymous Twitter accounts which he uses to disparage those restaurants which refuse to accept his demand for a free three course meal for two persons for his ‘review‘, a despicable practice!  None of his reviews reveal that he did not pay for his meals.

There is no place for the unethical writing by Olivier and Lelyveld about wines and restaurants, respectively, and one hopes that wine estates and restaurants will stand strong and refuse to be bullied by these two dishonest operators in being forced into ‘reviews’ and write-ups!

POSTSCRIPT 23/5: Whilst writing this blogpost late last night, we found that Olivier had surprisingly closed down his @FoodWineGuru Twitter account, and opened another, as per his Tweet: ‘My foodwineguru Twitter account has been hacked. I am closing it down. Genuine followers will find me at @manmetdiepan‘! He now has 153 Twitter Followers!  One wonders if his clients will be offered a discount!

POSTSCRIPT 23/5: I called FMR‘s media sales company JB Media Connections this morning, and checked the listenership numbers quoted by Olivier in his sales pitch.  Christian von Dürckheim said that Olivier’s claimed listenership figures are definitely wrong, the 4pm – 6 pm slot achieving no more than 21000 listeners per week according to the advertising industry radio audience measurement RAMS, and not 90000/120000 per day as claimed by Olivier!

POSTSCRIPT 26/5: Michael Olivier’s Twitter Followers must be very confused.  Despite numerous Tweets about closing down his original account, it remains active, and Olivier is Tweeting from it mainly, his Twitter activity having declined significantly since this blogpost was published earlier this week!  He has not Tweeted from his new Twitter account for the past three days!  It has been pointed out in a Comment to this blogpost that hacking cannot lead to a jump in Followers, and that it may be Olivier’s way of trying to explain his massive Follower increase, which is not credible.

POSTSCRIPT 6/6: We have received a lawyer’s letter, threatening legal action and a damages claim on behalf of Michael Olivier!   We have also discovered that Michael Olivier is guilty of plagiarism!

POSTSCRIPT 8/6: A blog reader Jay has sent details of Lionel Lelyveld’s harassment of restaurants that would not offer him free meals for his ‘reviews’:  ‘I had to do a bit of a search to find the info.  First clone was @Restaurantfan49.  Kayli Vee seemed to catch on to this and exposed him and so they closed this twitter account.  You can see what happened here:  https://twitter.com/KayliVee/status/294394280695451648. The second clone is @Travelandeat1.  I see the account is still open but they stopped tweeting pretty much around the same time in January.  There are probably more clones but I stopped following him so I’m not sure.  The way he operates seriously goes against my grain and even though it shouldn’t, it really (really) bothers me.  So I hope this little bit of info I’ve provided will help’.

30 replies on “Cape wine drinkers and restaurant-goers are misled by unethical ‘reviews’!”