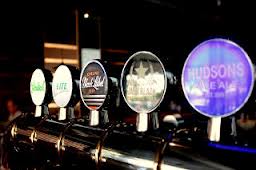 The City of Cape Town has reminded hospitality establishments that its new Liquor Trading Days and Hours By-law will change on 1 April, and will impact on restaurants, bars, clubs, and accommodation establishments, and all categories of liquor licences that they hold.  The sale of alcoholic beverages has been restricted to 18h00.

A media release issued on behalf of the City of Cape Town quotes Garreth Bloor, Mayoral Committee Member for Economic, Environmental and Spatial Planning: ‘As part of our commitment to building both a Caring and an Opportunity City, the by-law has sought to consider the needs of all stakeholders in the city and to strike a balance between the social effects of alcohol abuse, potential disruption (especially in residential areas), and the reasonable sale of alcohol for the hospitality sector‘.

Describing the hospitality sector as an ‘important economic multiplier’, the City amended its draft regulations to allow currently licensed establishments, which are now obliged to stop selling alcohol at 2h00, to apply for an extension to trade until 4h00, on condition that the establishment is zoned for business or industrial use.

The By-law allows the sale of alcohol on all days of the week, within the following hours:

The difference between ‘agricultural’ and ‘small holding or rural area‘ is not defined in the media statement.

The following additional exceptions have been written into the By-law:

*   special event permits will have the trading hours specified

*   sparkling wine may be served between 8h00 – 11h00 for ‘champagne breakfasts’, if access is controlled to functions.

The City has urged the hospitality industry to apply for licence extension until 4h00 as soon as possible, so that they are covered from 1 April onwards.  Should they not have applied by then, they will have to stop selling liquor by 2h00 until they receive permission for the time extension.

Compared to the original By-law outline made public a year ago, the City has shown great understanding and flexibility in accepting feedback from its publics, and making suitable changes to the benefit of the hospitality industry.

POSTSCRIPT 13/3: Food24 provided further details about the new liquor legislation, highlighting that each municipality in the country may now set its own regulations, which no longer are uniform per province.  The City of Cape Town has banned the sale of alcoholic beverages in retail outlets on Sundays (and these outlets must close at 18h00 on the other days, as above), Caroline’s in the V&A Waterfront motivating these changes as the reason for closing down its branch in the V&A.  Wine estates may sell wines on Sundays. In Hermanus retail outlets may sell alcoholic beverages on Sundays. Further restrictions are:

1.  One may not buy more than 150 litres of alcohol at a time, even if it is for a function, if one does not have a liquor licence.

3.   One may not drink alcohol in a moving vehicle, even if one is not the driver!

4.  No school function may serve alcohol, whether the function is at the school or at a different (even licensed) location.

Asking Anton Groenewald, Executive Director of TEAM in the City of Cape Town, at the CAP40 talk about the complaints on Twitter today about the Sunday sales ban in retail outlets, he replied that they may relook the regulation, giving the overwhelming criticism, and the negative effect this may have on tourism.