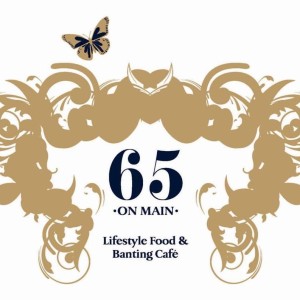 A year after opening 65 on Main owner Whitney Wentzel changed the name of her restaurant to 65 on Main Lifestyle Food & Banting Café, to reflect her focus in providing low Carb and high Fat meals to her customers who had taken on the Banting craze. Over a year later, 65 on Main Banting Café is to close at the end of this month.

Cape Town led the way with Banting in our country, and Whitney was sharp in identifying the trend, and in turning her restaurant around to focus on Banting dishes (e.g. cauliflower-base pizzas), following the Low Carb High Fat guidelines and recipes presented in Professor Tim Noakes’ ‘Real Meal Revolution‘ book. She had patrons drive from as far afield as Somerset West and Worcester to eat at her restaurant, becoming synonymous with Banting-eating in Cape Town. The nearby The Banting Kitchen opened at the Cape Royale Luxury Hotel, but did not last longer than six months, as its hotel clientele wanted hearty non-Banting breakfasts and other meals.

Unfortunately, as is the case with supply and demand, many ingredients which Whitney had to use in preparing her Banting dishes became expensive as the demand grew, cauliflower being a good example, in being hard to find as it was being bought by Banters, which drove up the price. Increased input prices meant that Whitney had to increase her restaurant prices, but not all her customers were happy to pay more for the specialist food that she was preparing for them. She saw the decline of the interest in Banting in Cape Town, which is only just taking off in Johannesburg, and put her restaurant on the market. 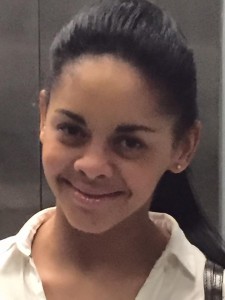 and she has impressed as an entrepreneur at a young age, having only worked in big hotels and franchise operations in the past. She has made many friends, and has become mine too after I interviewed her after she first opened. She has often accompanied me to restaurants, and it has been refreshing hearing her Chef’s perspective on the experiences. The locals in Green Point and Sea Point in particular have enjoyed her company when coming to her restaurant almost daily.

Reflecting on the end of her (first) restaurant journey, Whitney said that she has enjoyed helping her patrons on their weight journey, by cooking for them according to Banting principles, and giving advice and encouragement. She said that she herself has learnt a tremendous amount, not only about Banting, but also about running one’s own business and interacting with customers. She has enjoyed being her own boss, in being able to make her own decisions, and to adapt her offering based on her patrons’ requirements. Toughest has been the management of staff, she says, yet she is emotional about the staff she will say goodbye to.

Her plans for the future are to travel, to take a course at the Branson Centre of Entrepreneurship in Johannesburg, to do some charity work, and she will continue with private cheffing, in preparing Banting meals, pies, and favorite cookies for her loyal customers.

She is restricted about what she may reveal about the new outlet that will take the place of her restaurant. It appears to be an Italian-style outlet, which will open in December or January after a refurbishment.

We wish Whitney all the best on her exciting career lying ahead.