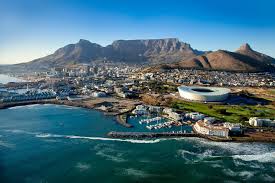 The South African stories for the New York Times  are written by Sarah Khan, an American writer who now lives in Cape Town.  Having become proudly-Cape Town, Khan has written many articles about Cape Town, even though her restaurant recommendations for Cape Town in Travel + Leisure left much to be desired last year! A shock therefore is that she has not nominated Cape Town in the list of 52 top places to go this year, and instead nominated Durban in 7th top place in the world!

Khan writes about Durban: ‘No one has bad things to say about Durban, per se; they will agree that its beachfront promenade is lovely and the weather is pleasant year round. And yet Durbs, as it is affectionately called, is often scoffed at by Capetonians and Joburgers for being a touch gauche. Well, enough of that. The city’s creative set is staking its claim on a hefty share of the country’s cool quotient. The reinvention ofRivertown kicked things off: The city enclave is now home to a popular market, beer hall and, coming soon, a raft of boutiques showcasing proudly local brands (Dirty Indigo T-shirts; Spine men’s wear). The beloved but dated Durban beachfront is also getting a serious upgrade, courtesy of new dining spots like Afro’s Chicken, California Dreaming and Surf Rider’s Cafe. Not sure where to start exploring? Order a bunny chow, the quintessential Indian-South African fast food (Durban is home to one of the world’s largest Indian communities), and join a city walk led by Beset Durban’.   She certainly does not enthuse about Durban as she did about Cape Town last year!  As a writer said, ‘Durban has always been the bridesmaid to Cape Town’s bride’!

‘Der Bachelor’ reality show has shot three seasons in Cape Town, and in Camps Bay specifically, the bachelor’s house and that of the 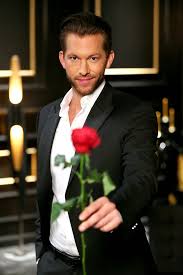 22 lady candidates having served as home base for outings to various destinations in Cape Town, the Winelands, safari parks, and more in South Africa.  Amarula is a sponsor of the programme, and interestingly remains it for Season 4, despite the new filming location being Los Angeles.  In the past SA Tourism ran competitions to attract German TV station RTL viewers to travel to our country. Understandably the SAA promotion has fallen away for the latest season of the programme.

Has Cape Town become boring to travelers?  Is there nothing new about our city now that World Design Capital 2014 is behind us, to motivate travelers to visit?  We trust that the tourism authorities in Cape Town and the Western Cape will take note of these two shock tourism omissions for Cape Town!