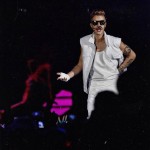 The Sweet Service Award goes to Big Concerts for its smooth handling of the Bon Jovi and Justin Bieber concerts on Tuesday and Wednesday this week, which saw about 55000 excited Bon Jovi and ‘Bieber Fever’ fans (with their poor parents) filling the Cape Town Stadium on each of the two evenings.  For the Bieber concert, special care was taken for the young ticket holders, information desks having been set up, as were cellphone charging points, to enable them to remain in contact with their friends, and with their parents waiting for them outside. Kfm also provided tips to their young listeners, advising them to not bring umbrellas (regarded as weapons of mass destruction), to be warmly dressed, and to have contact details of their parents on them. Bieber’s 39 million Twitter followers were exposed to brand name ‘Cape Town’ four times during his stay in our city, a massive free marketing bonus! If only the traffic in the city centre and the V&A Waterfront could have been managed by them too! The traffic police were visible close to the Stadium and in Green Point, ticketing to avoid illegal parking, leaving the city and the V&A jammed up with traffic! 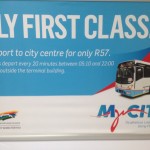 The Sour Service Award goes to the MyCiti Bus service, for not operating its bus service during the national Golden Arrow bus strike running over more than two weeks. Whilst the City of Cape Town announced the temporary termination of the bus service due to the threatened damage to the buses by strikers, it would appear that the City’s drivers are not driving as they too are striking, being ex-minibus and Golden Arrow bus drivers!  How frustrating it must be for visitors to Cape Town, having planned to use the bus service from the airport and enticed to do so with advertisements inside and outside the airport building, to not be able to do so!  Furthermore, the non-operation of the MyCiTi buses caused further traffic mayhem in the city on the two concert nights this week, as all concertgoers had to drive to the Stadium by car.